Home » Our News » Comparing Seaside and Ruby on Rails

Comparing Seaside and Ruby on Rails 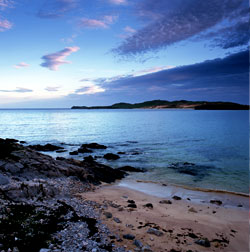 Over the last few years, there’s been a lot of development effort going into web frameworks – increasingly in non-Java languages. In the early 2000’s, it looked like web development was going to be mostly Java/Java beans based, with a few “fringe” technologies competing at the margins. It didn’t really work out that way though; Java was just too hard to work with for most people. Over time, the web has become dominated by code written in Perl, Python, and Ruby (using Ruby on Rails).

Smalltalk has seen some of that resurgence as well with Seaside. Unlike previous web efforts in Smalltalk, Seaside is open, and works in every single major Smalltalk dialect – and it’s actively supported by the major commercial players.

Ruby on Rails has been touted as a simpler route to web development – if you watch this long screencast exploring various web tools, it’s clear that using Ruby on Rails is much more productive than the other alternatives explored by the screencaster. One thing that screencast didn’t look at was Seaside, which is too bad – because Seaside is optimized for writing Web Applications, and removes a lot of the “housekeeping” you have to do, even in Ruby on Rails.  To see that for yourself, take a look at the Seaside version (using Cincom’s WebVelocity) used in that screencast.

Let’s break down some of the advantages Seaside has over Ruby on Rails into a set of bullet points. This isn’t to say that Ruby on Rails is terrible; the large user base argues otherwise. Rather, it’s to point out a few things about Smalltalk and Seaside that users of Ruby on Rails (and other web frameworks) simply may not be aware of:

Still not convinced?  That’s fine – see for yourself.

Download Smalltalk now from the Cincom Smalltalk website and give Seaside a test drive. Check out the “Smalltalk Daily” video tutorials to get started—we have a basic Seaside tutorial and a WebVelocity specific section for you.