We are honored to announce that our Premier Partner, Georg Heeg eK, will soon be celebrating its 30th anniversary. On July 7, 1987, Georg Heeg eK was officially founded and was entered into the company register of the city of Dortmund, Germany.

On Friday, July 7, 2017, Georg Heeg employees will celebrate this milestone at their Köthen office with an open house followed by a BBQ in their back yard. 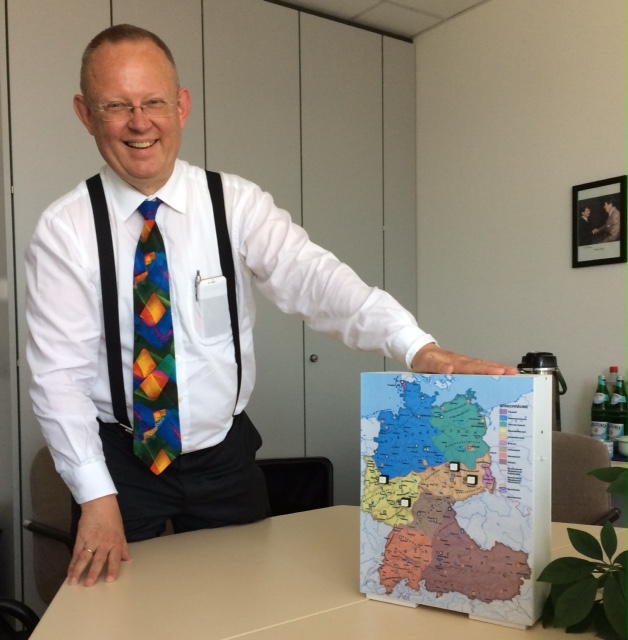 Over the past several years, Georg Heeg eK has been instrumental in the growth and adoption of Smalltalk, and the company’s dedication to both Smalltalk and Cincom is a testament to the special relationship between the two organizations.

Georg Heeg eK officially became a partner with Cincom in 2000, and over the following 17 years, has built a strong and valued relationship with Cincom by being a trusted partner through development, consulting, support, sales, marketing and as a Value Added Reseller.

Anyone who knows anything about Smalltalk knows about the Heeg organization. The fact that they have aligned so closely with Cincom has had a huge impact on the growth and profitability of Smalltalk, and we look forward to future opportunities.

Cincom has benefited from its partnership with Georg Heeg eK in many ways. Not only has this relationship been one that has created revenue-generating projects over the years, but it has also helped to cast a positive light on Cincom throughout the Smalltalk community and users worldwide

Georg Heeg eK is widely known throughout the world. The company’s founder and owner, Georg Heeg, travels the world as a speaker and advocate of Smalltalk and has an excellent business reputation and a passion for Smalltalk and mostly, Cincom Smalltalk.  He works exclusively with Smalltalk by providing consulting, training, development, pre-sales and post-sales support.

For the past several years, Georg Heeg has represented Smalltalk as the President of the Smalltalk Industry Council and has led the Council in several successful conferences. He also helped establish the Academic Advisory Council, which is designed to promote Smalltalk education and community growth by creating year-round programs that will enrich the community, build interest for Smalltalk and grow the Smalltalk community with new Smalltalkers.

Georg’s passion for Smalltalk, excellent business sense and the desire to see continued growth for Smalltalk and our valued relationships will only lead to future growth for Cincom and Cincom Smalltalk.

We sincerely wish Georg Heeg eK a very happy 30th anniversary and continued success in the many, many, many years ahead!