Welcome to the June 2019 edition of the Cincom Smalltalk™ Digest.  In this exciting edition, we will talk about the following:

Let’s Talk about Branding Your Business

Let me formally introduce myself.  My name is Jeremy Jordan, and I’m the person who publishes this newsletter each month.  Although you can see my name as the publisher on our website, I’m usually the guy behind the scenes working with the rest of the dedicated Cincom Smalltalk Team.  As the Sr. Marketing Manager for Cincom Smalltalk, it’s my job to make sure our messaging is constant and consistent and that we are communicating to our customers, partners and users in ways that make sense to them.  I’m always looking for ways to improve my skills with marketing and messaging and realize that many of you may be in the same boat. I also know that some of you are the users of the products, and maybe you’re looking for ways to communicate with your manager or management about or regarding Smalltalk. Also, if you’re building your business, with Smalltalk, you also want to know how to share value with your prospects and customers.

Moving forward, I’ll be sharing some insight from various resources and articles that I come across from day to day.  I’ve even created a new Twitter account (@smalltalkmktg). Here, I’ll be tweeting and retweeting things I come across that might be interesting to you, from a marketing perspective. Why is this important, you ask? Regardless of whether you are providing an application or service, consulting or are a one-man shop running all aspects of your business, we are all in marketing AND sales. Whether you know it or not, anything and everything we do, we’re marketing and selling.

As my first article in this series, I want to talk a little bit about branding and why it’s important.  Cincom has successfully developed and sold software for over 50 years, and more specifically (as we highlight below), has been a leading provider of commercial Smalltalk for over 20 years. There’s value in not just using Smalltalk for your application development needs, but doing so with the power of the Cincom brand at your side.

How are you branding yourself and your company?  If you are a start-up or small to medium-sized business, what are you doing to promote your brand?

Unfortunately, oftentimes branding is the thing most overlooked. That’s why I want to reintroduce the Cincom Smalltalk Partner Promotion Program and extend this offer to our current customers and partners.  We’d love to assist in helping you to market your applications. Oh, and here’s the best part … it’s FREE! This assistance is being offered as a free service in an effort to help customers and partners grow their brands and increase the usage of their Cincom Smalltalk applications.

Are You Ready to Take Your Business to the Next Level?

So maybe you aren’t a Cincom Smalltalk customer but you want to take advantage of this program.  What do you do? Try the REV Program! This quick, easy way to partner with us and grow your business only costs $500 and is a great investment that could pay big dividends as you grow your business. Don’t let another day go by. Let’s grow your business together and take your passion to the next level. Join the REV program today.

Since starting this program, we’ve been able to assist many Smalltalk users to better understand their market and their audience, how to present to their prospects, and so much more. 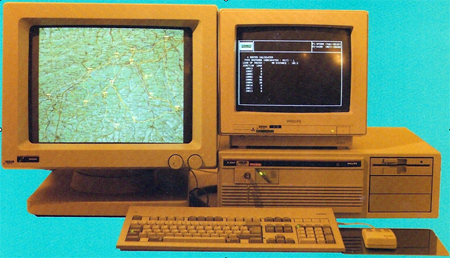 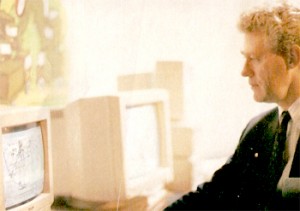 Many of the Hidden Gems try to tie together many techniques into a cohesive application.

We built a Stock domain and showed how to create it from restful, secure TLS APIs, including parsing JSON/XML data to populate it.  We also showed multiple ways to save and restore the objects, including how to build a robust application object database for series data storage and retrieval.

All of these techniques can be used with Cincom Smalltalk products including Cincom ObjectStudio and Cincom® VisualWorks®.

However, there are differences in how you build application interfaces with the two products.  A main difference is the interface.  ObjectStudio, a Windows-centric solution, has an interface library that works with native windows widgets.  VisualWorks is cross-platform and has Smalltalk-based widgets that can use native rendering for fidelity on Windows and MacOS.

The ObjectStudio NGUI will be enhanced with tools in the future, but you can do amazing things with it right now.

This screencast shows you how to use it and some of what it can do: Paige W. and Steve K. from Seattle Software Crafters will be hosting a meetup at CDK Global in Seattle, Washington on July 25th from 6:00 p.m. to 8:30 p.m.

The Seattle meetups take place the 4thThursday of each month, and the July meetup will feature Cincom Smalltalk Engineer and longtime Smalltalk expert, Carl Gundel, who will bring you up to speed on the language, what it is and what makes it special. Carl will also discuss other topics such as:

Arden Thomas will be speaking at the Orange County Java User Group (OCJUG) meetup in Irvine, CA on September 11.  This meetup presents opportunities for networking and features presentations on some topics of interest to Java developers. Anyone who is interested in Java development and Smalltalk should consider attending.

Arden will be discussing:

Suzanne Fortman will also be there to present and represent Cincom.

We hope to see you there!

Opportunities to Network with Smalltalkers and Programmers

Along with the above meetups, there are several upcoming opportunities to meet with Smalltalkers and programmers from around the world.  These networking and learning opportunities include:

Attention customers and partners, have you seen the Customer Portal? It has links to all the important information our partners and customers need.  Here’s a quick guide:

Maybe you are new to Cincom Smalltalk or just need help finding something specific on our website. Here’s a quick guide to the popular resources we have available on our website: